Beginning Friday, a central team led by joint health secretary Lav Agarwal will visit Maharashtra, Gujarat and Telangana to review the Covid-19 situation in these three states. What is it about their numbers that are causing the Centre to worry?

In Telangana, it is the speed at which cases are growing. Telangana took 93 days from its first case to get to 5,000 cases, and then just nine more days to double its total tally. On June 24, Telangana had India’s fastest doubling rate, along with the smaller states of Manipur and Nagaland, with cases doubling in just eight days on an average over the last week. The national average is 19 days.

In Maharashtra, cases are growing more slowly, doubling in 24 days, but the total numbers are a concern. With over 1.42 lakh cases as of June 24, Maharashtra has the most cases for any Indian state. In fact, if Maharashtra were a country, it would have the 17th highest number of cases in the world. 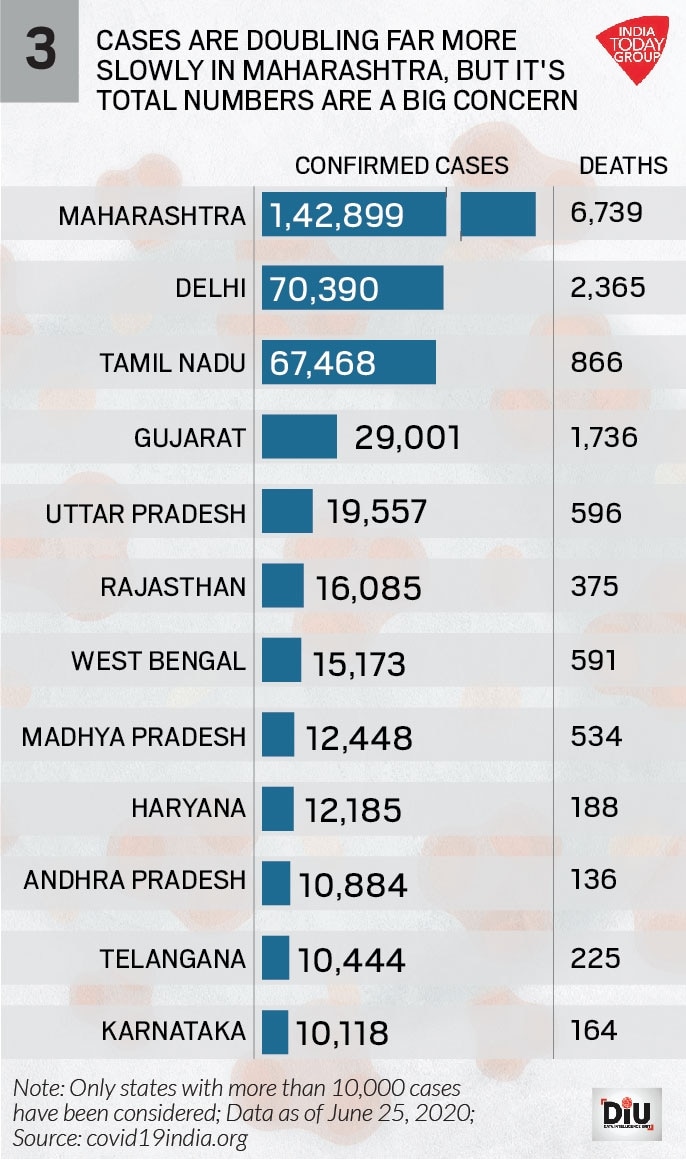 Gujarat, with over 29,000 cases, ranks fourth among Indian states with the highest number of cases after Maharashtra, Tamil Nadu and Delhi. However, its key problem is the high mortality rate. With 1,736 deaths, Gujarat has consistently had India’s highest case fatality rate.

As of June 24, Gujarat’s case fatality rate (CFR) was 6 per cent, against the national average of 3.12 per cent. High-burden Maharashtra and Delhi had CFRs of 4.72 per cent and 3.36 per cent. All the three states of Maharashtra, Gujarat and Telangana have their own problems with testing.

Maharashtra has the highest test positivity rate (TPR) of 17.8 per cent after conducting over 8.2 lakh tests. Telangana has conducted very few tests in all a little over 67,000 and has a TPR of 15.5 per cent. Gujarat has not increased testing. As of June 24, it conducted 3.4 lakh tests, with a TPR of 8.5 per cent.