The Depsang Plains in eastern Ladakh is the latest site of Chinese treachery on the ill-defined border with India. Recent satellite images have revealed that China has amassed the People’s Liberation Army Ground Force (PLAGF) troops in eastern Ladakh right behind the Line of Actual Control (LAC).

After the bloody fight on the fateful night of June 15, 2020, it came to light that the PLA is not moving back as promised, although all the statements coming out of China are claiming the opposite.

The satellite images of June 22 from Maxar Technologies clearly indicated that the PLAGF has, in fact, come further forward to assert their claims to the Galwan Estuary.

An interesting development was observed yesterday in the Depsang Plains opposite India’s Daulat Beg Oldie (DBO) sector. Chinese troops have come forward and deployed around their existing posts in this area. India Today takes a closer look through open-source satellite imagery at the two Chinese posts in this area to understand their importance and layout. 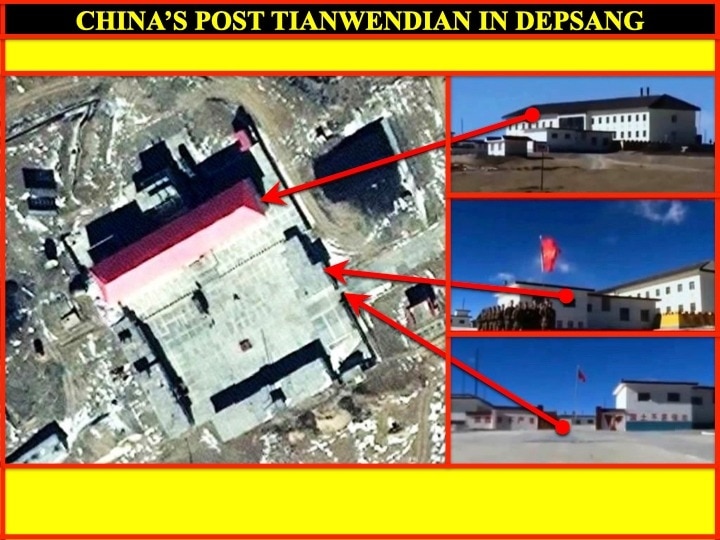 The Tianwendian post — the oldest post in this area — was established after the 1962 Sino-Indian war under the garb of an Astronomical Observatory.

In the 1980s, India realised that the observatory but was a false pretext to have PLA troops stationed in this area. The post was expanded in 1998, in 2006 and the Chinese continued to increase the strength of soldiers posted here as the time passed. The Tianwendian post has a main double-storey building 60m X 10m and many support buildings such as vehicle sheds and a cookhouse. The base has three large buildings possibly for accommodating troops.

It has a perimeter wall with the main gate on the eastern side. The post previously meant for one company can now possibly hold a battalion of PLA troops with other administrative facilities, including basketball courts. The post has a large hard standing which can be used for vehicle parking or helicopter landing. It also has a small water pump house with a pipeline going right up to the post, catering water requirements of troops in this barren land. 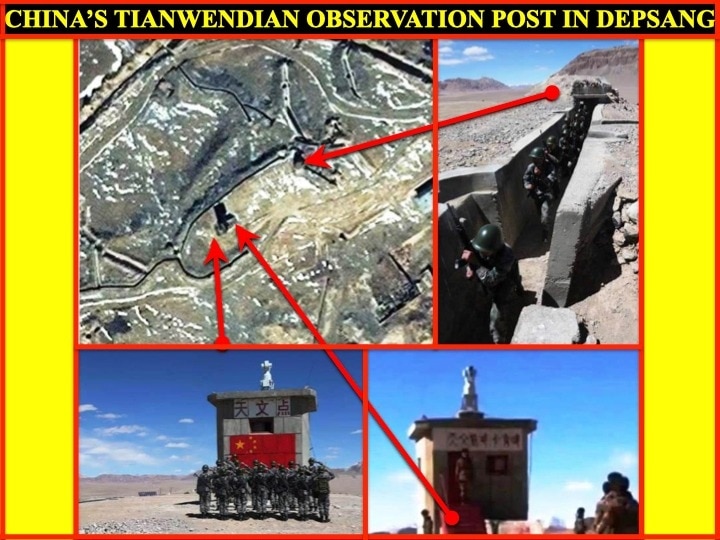 Both the post and defences have a double layer of concertina fence all around them. A large radome of 11m was observed on satellite images around 2013 to the north-west of this post at a distance of 2,750m.

The size of radome indicates that the radar will be about 10m wide and may have a range of approximately 200-500km. The radar site is at 5,530m and has a solar panel for independent electricity requirement. It also has a lightening protector behind the radome.

When the location is plotted on Google Earth, the line of sight elevation profile of this radar indicates that it cannot only observe the air movement over DBO but also observe every aerial movement over Siachen Glacier.

The elevation profile shows an unhindered path clear for this radar up to 140km in that direction. Somewhere around 2006-08, China constructed another post similar to this one and named it Forward Post 5390.
The name 5390 has been derived from the highest point of 5,390m in the vicinity of this post where the PLA has a hexagonal-shaped observation point.

This observation point structure is painted red to signify allegiance of the PLA to the Communist Party of China’s colour. 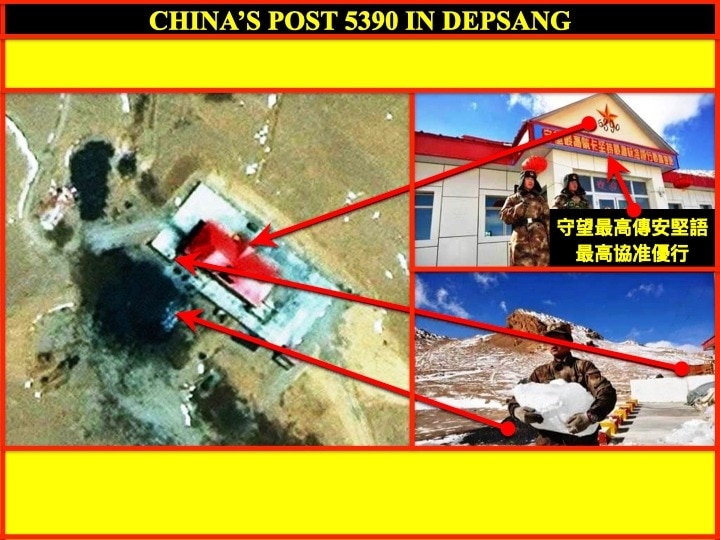 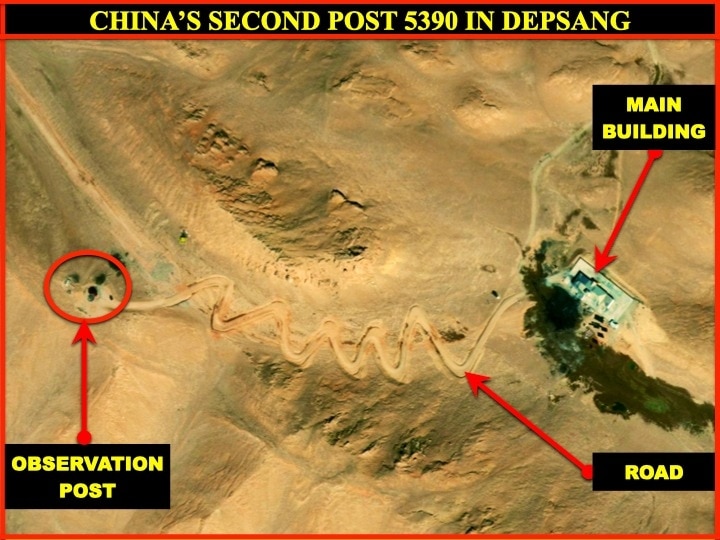 The main building is single storey and smaller in size with 35m length and 15m width. The roof of this building is also painted red.

There is a large coal dump possibly used for cooking and winter warming. It also has solar panels for electricity generation. 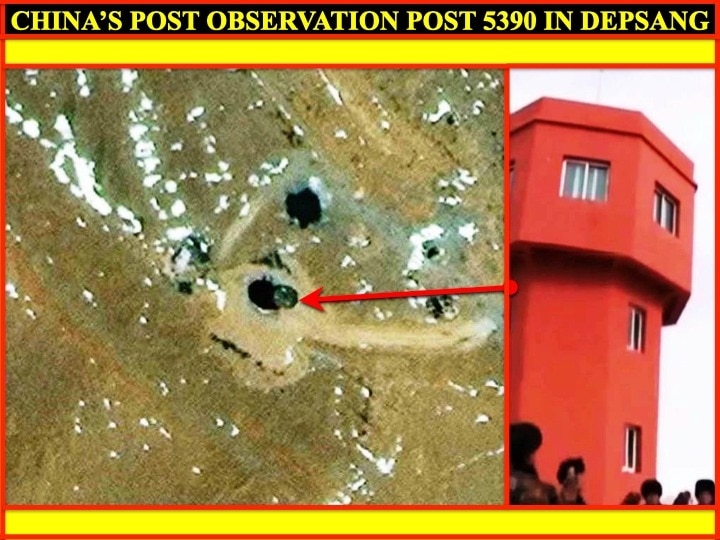 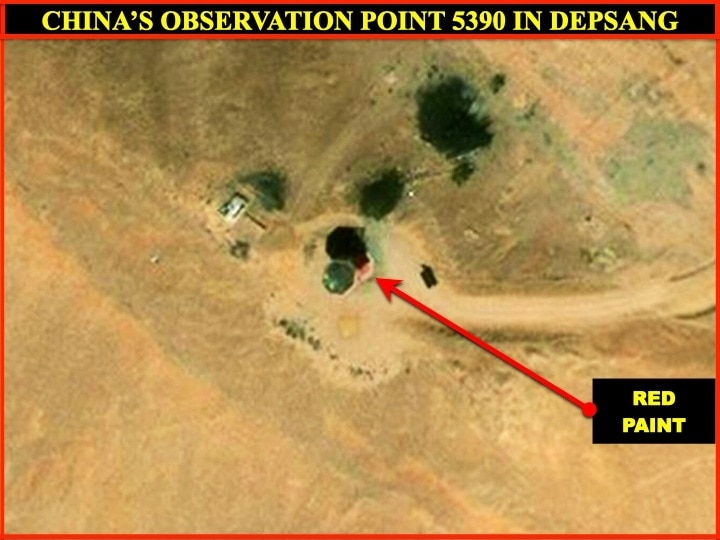 A small blue-roofed building of 20m X 8m size is located to the east of this post 5390.

The signatures around this building suggest that it is possibly being used for storage of electro-optical equipment being tested in this area. (Col (Retd) Vinayak Bhat is a consultant for India Today. A satellite imagery analyst, he served in the Indian Army for over 33 years.)