In fact, six districts from Maharashtra are among the 10 with the highest fatality rates. While Mumbai is an expected name on the list, Nashik, Akola and Aurangabad are relatively less discussed nationally.

While Mumbai’s two districts – city and suburban – followed by Ahmedabad, have the highest number of deaths, Solapur and Jalgaon also feature among the 25 districts in India with more than 100 deaths each. While Solapur has 236 deaths, Jalgaon reported 204 fatalities. 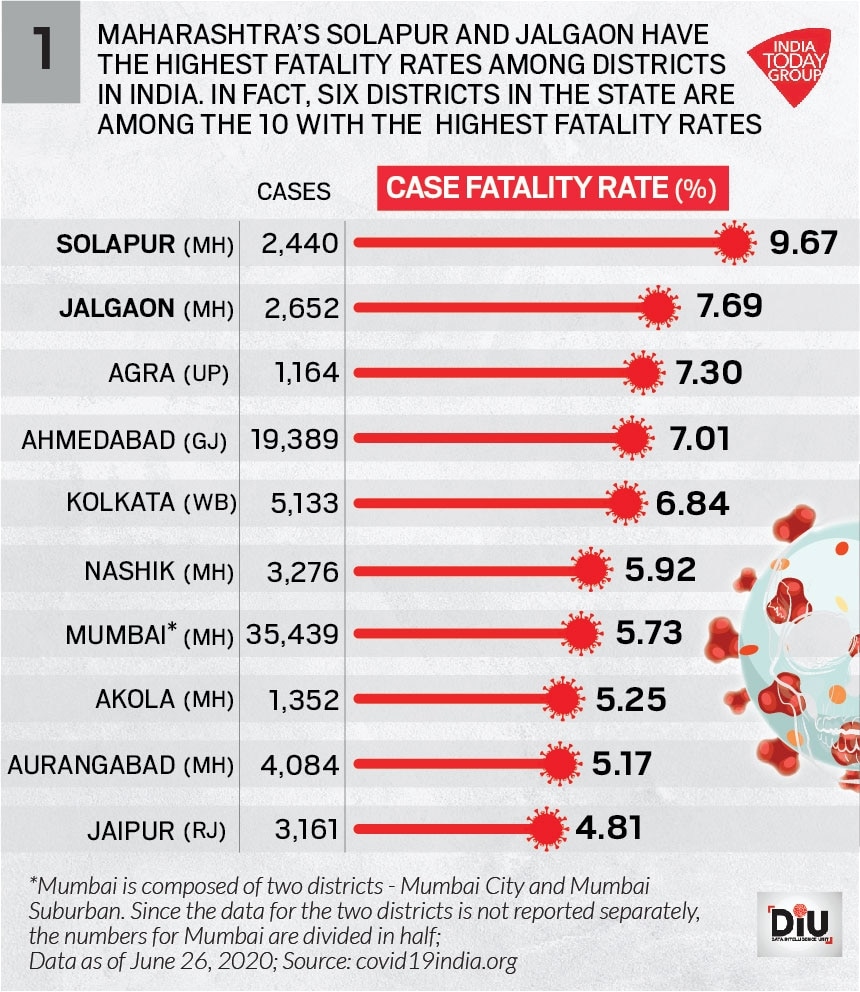 Solapur is a district along Maharashtra’s south-east edge, bordering Karnataka. It is best known for the beedi industry and sees high inter-district and inter-state migration. The pattern of the pandemic in the district raises concern about testing and detection away from big cities.

Solapur’s first case was detected on April 12, but only after the person had died of Covid-19. Despite registering relatively modest numbers of cases each day, numbers of deaths are alarming, which could imply multiple undetected cases. On an average, Solapur registered 63 new cases every day in June, but it also reported seven deaths each day.

Across the state, Jalgaon district had its first case on March 28; and its first fatality on April 22. Since then, both cases and fatalities have grown fast. In June, Jalgaon registered 82 new cases and five deaths each day. Jalgaon’s under-equipped and under-staffed government hospital was the scene of a shocking incident where a patient died after waiting six hours for an ICU bed, and her 82-year-old mother-in-law died in the same hospital’s bathroom, unnoticed for eight days.